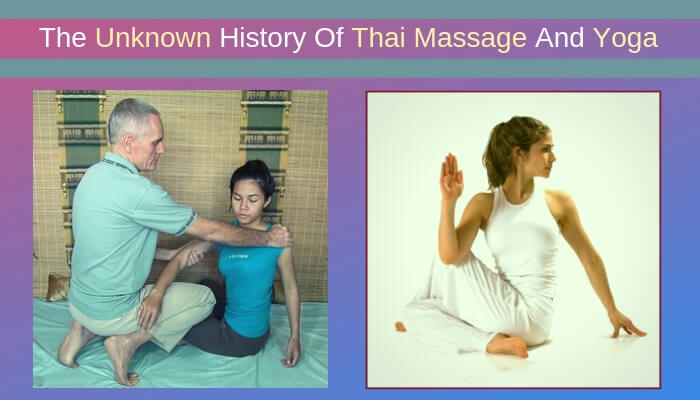 Thai Massage is often called Thai Yoga Massage, since it originated in India and parts of it are basically applied yoga, yoga done to you.

Thai Massage and yoga are members of the same family, and both are hugely popular all over the world. But not too long ago the popularity of both of them was on the decline. So what turned it around?

The story of yoga Once I met a woman from India, a journalist in her sixties. She mentioned to me that she still remembers that when she was a teenager, yoga was not very popular in India.

There were not many yoga schools, not a lot of yoga gurus, and there just wasn’t so much interest.

What happened next? The hippie generation became very interested in anything Indian – Indian clothes, yoga and meditation, Indian gurus and sadhus.

Countless Westerners went on pilgrimage to India to do some soul searching, find a guru, meditate, practice yoga, and smoke dope. 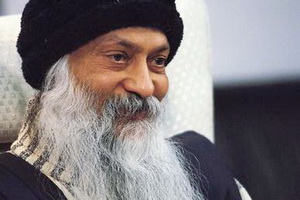 The Beatles did their part with their Transcendental Meditation guru and some songs which were inspired by India.

During the seventies, several Indian gurus went to America and developed huge followings.

Some of you might remember the Hare Krishnas, Ananda Marga, Guru Maharaji, Transcendental Meditation (TM), Bhagwan Rajneesh (later Osho) and others. In those days it was very fashionable to have an Indian guru. 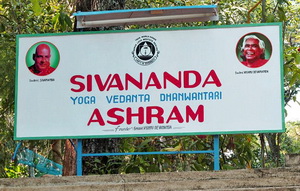 Tens of thousands of westerners began to practice yoga and meditate. Yoga schools sprang up all over the west and all over India as well.

Most of the Indian schools and Ashrams were set up to accommodate the crowds of westerners who were attracted to the eastern wisdom.

India produced many teachers and gurus, and their followers often consisted largely of Westerners.

The conclusion of my Indian journalist acquaintance was that today’s immense popularity of yoga happened largely because of the interest of westerners.

The story of Thai Massage

The story of  Thai Massage is very similar. Thailand’s population used to depend on Thai Massage, herbal medicine and shamanic practices for their health care. But with the arrival of modern medicine they gradually abandoned those traditions.

A very typical attitude of young Thais is that Thai Massage is something for old people. It is clearly not “cool” anymore, and the young generation much prefers popping pills. 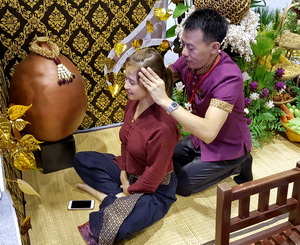 Thai Massage was very popular among them, but the emphasis was often less on the therapeutic aspects.

It was an easy way for the soldiers to socialize with the female massage therapists and a great way to relax. But Thai Massage as a significant therapeutic system had yet to be discovered by the West.

The turning point for Thai Massage

Up until about 25 years ago Thai Massage seemed destined for gradual oblivion.

There were hardly any Thai Massage schools, and the young generation mostly disregarded it as an old-fashioned remnant of their parent’s traditions.

But then the westerners came to the rescue. A German who went by the name of Asokananda married a Thai woman and set up a Thai Massage school in a village in northern Thailand.

He wrote several books about it and his school became well known. His students, not surprisingly, were all Westerners.

That was the turning point. Thailand was developing into a major tourist destination, and more and more massage schools opened in all the tourist centers.

They mostly cater to the thousands of westerners who come to Thailand every year to study Thai Massage. To this day, with few exceptions, the students in those schools are all westerners. 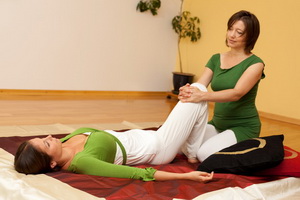 Nowadays there are many Thai Massage books and DVDs on the market, almost without exception written or recorded by westerners.

Today most spas in the world are either offering Thai Massage or are looking for ways to include it in their offering. Yoga has become a household word and is practiced all over the world.

Both systems were developed in the East, but the West has to be credited for saving them from a slow fading into the pages of history and for giving them both worldwide exposure.

The author, Shama Kern, is the founder and director of Thai Healing Massage Academy. He has been practicing and teaching Thai Massage for 18 years, and he is the creator of 20 online Thai Massage training courses.

Scroll back to top